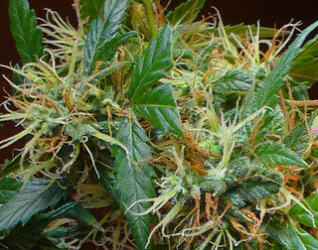 Legalization of Marijuana and the Conflict with

These treaties require participating nations to limit and even criminalize the possession, use, trade, and distribution of drugs outside of medical and scientific purposes, and work together to stop international drug trafficking.

This paper argues that the recent move toward legalization of use, possession, and sales of marijuana in the United States (U.S.) and other foreign nations is in conflict with international treaty obligations.

While each state in the U.S. has its own drug laws and controlled substances acts, the Supremacy Clause of the U.S. Constitution places international treaties on the same legal footing as federal law.

Under this argument, Alaska, Colorado, Oregon, Washington, Washington D.C., as well as Uruguay and The Netherlands’ legalization of marijuana for recreational use, allowance of possession and sales, is in contravention of U.S. federal law and international treaties. Finally, this paper will also look at Portugal’s 2001 decision to decriminalize all drug use to answer the question as to whether the international drug treaties place a “firm limitation” on the legal, “non-medical” sale of schedule drug or truly obligate countries to penalize drug use.

In reviewing a series of World Health Organization (WHO) recommendations on cannabis and its derivatives, the Commission on Narcotic Drugs (CND) zeroed-in on the decision to remove cannabis from Schedule IV of the 1961 Single Convention on Narcotic Drugs — where it was listed alongside specific deadly, addictive opioids, including heroin, recognized as having little to no therapeutic purposes.

a) Subject to its constitutional limitations, each Party shall adopt such measures as will ensure that cultivation, production, manufacture, extraction, preparation, possession, offering, offering for sale, distribution, purchase, sale, delivery on any terms whatsoever, brokerage, dispatch, dispatch in transit, transport, importation and exportation of drugs contrary to the provisions of this Convention, and any other action which in the opinion of such Party may be contrary to the provisions of this Convention, shall be punishable offences when committed intentionally, and that serious offences shall be liable to adequate punishment particularly by imprisonment or other penalties of deprivation of liberty.

b) Notwithstanding the preceding subparagraph, when abusers of drugs have committed such offences, the Parties may provide, either as an alternative to conviction or punishment or in addition to conviction or punishment, that such abusers shall undergo measures of treatment, education, after-care, rehabilitation and social reintegration in conformity with paragraph 1 of article 38.

Colorado Constitution of 1876 Art. XVIII, § 16.
Personal use and regulation of marijuana

1. (a) Subject to its constitutional limitations,

2. Subject to the constitutional limitations of a Party,

"[W]e recognize that the constitutionality of a statute, valid on its face, may be assailed by proof of facts tending to show that the statute as applied to a particular article is without support in reason because the article, although within the prohibited class, is so different from others of the class as to be without the reason for the prohibition” United States v. Carolene Products Co., 304 U.S. 144, 153-54 (1938).

21 USC § 811 Authority and criteria for classification of substances

(a) Rules and regulations of Attorney General; hearing

SAFETY OF USE
https://www.law.cornell.edu/uscode/text/21/812

FACT: Marijuana is a recreational drug and does not meet
the criteria to be a controlled substance. Marijuana is safer to abuse than alcohol.

“[W]e recognize that the constitutionality of a statute, valid on its face, may be assailed by proof of facts tending to show that the statute as applied to a particular article is without support in reason because the article, although within the prohibited class, is so different from others of the class as to be without the reason for the prohibition. “ United States v. Carolene Products Co., 304 U.S. 144, 153, 154 (1938).

In 1931 the Louisiana Supreme court declared:

The “marijuana plant is a plant possessing properties deleterious to health and dangerous to the public safety and morals”. The court concluded that whiskey and wine were less injurious than marijuana. State v Bonoa 172 LA. 955-963, (1931)

No one has died from marijuana poisoning therefore it can not be determined to be dangerous.

The national case law has defined the “Controlled Substance Act” as “a comprehensive regulatory measure that divides the universe of hazardous drugs into five different categories of substances (so called schedules), which determine the severity of restrictions on doctors’ and patients’ access to controlled drugs.” And “ Schedule I drugs are subject to the most severe controls; they are deemed the most dangerous substances, possessing no redeeming value as a medicines”. Alliance for Cannabis Therapeutics v DEA, 930 F2d 936, at 937. (D.C. Cir. 1991).

Part 4 VIII. ACCEPTED SAFETY FOR USE UNDER MEDICAL SUPERVISION

p. 56-58 With respect to whether or not there is "a lack of accepted safety for use of [marijuana] under medical supervision", the record shows the following facts to be uncontroverted.

3. The most obvious concern when dealing with drug safety is the possibility of lethal effects. Can the drug cause death?

4. Nearly all medicines have toxic, potentially lethal effects. But marijuana is not such a substance. There is no record in the extensive medical literature describing a proven, documented cannabis-induced fatality.

Inter-Agency Advisory Regarding Claims That Smoked Marijuana Is a Medicine Marijuana is listed in schedule I of the Controlled Substances Act (CSA), the most restrictive schedule.

The Drug Enforcement Administration (DEA), which administers the CSA, continues to support that placement and FDA concurred because marijuana met the three criteria for placement in Schedule I under 21 U.S.C. 812(b)(1) (e.g., marijuana has a high potential for abuse, has no currently accepted medical use in treatment in the United States, and has a lack of accepted safety for use under medical supervision). Furthermore, there is currently sound evidence that smoked marijuana is harmful. "

The “placement in schedule I does not appear to flow inevitably from the lack of a currently accepted medical use.” “The legislative history of the CSA indicates that medical use is but one factor to be considered and by no means the most important one. 58” NORML v. D.E.A. 559 F2d 735 at 748 (1977)

The Controlled Substance Act is to control dangerous drugs. There are two government documents below saying marijuana is not dangerous as well common knowledge  no one has died from smoking pot. Marijuana is arbitrarily classified as a controlled substance. Marijuana does not meet all three criteria. Marijuana is safe to use without medical supervision. Being a crime, it is deprivation of liberty and property without compelling reasons, without due process of law violating Amendments IV. V, and XIV.

The Attorney General of the United States has had the authority to add or remove any drug that does not meet all three criteria to schedule drugs into 5 schedules. But congress has made it so the AG can not do this because of an obligation to a United Nations Single Convention on Narcotics Drugs (1961). This U.N. Convention does allow constitutional limitation in Article 36.  Article VI  of the Constitution of the United States makes this international treaty the law of the land and the states are to abide by it.

By the political process States have legalized marijuana in violation Article VI of the Constitution of the United States. Scheduling cannabis as a Schedule I drug was required by United Nations’ Single Convention on Narcotic Drugs (1961).