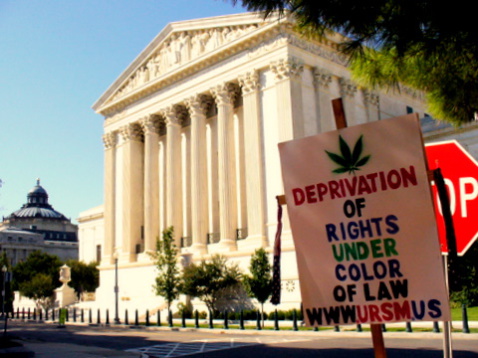 The judiciary declaring criminal laws are a political question because what is declared a crime is not  a fundamental right is deprivation of right of/to libertry, freedom from physical restraint, without a compelling state interest, without due process of law  under the color of law.