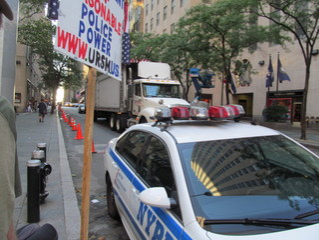 An Amendment IV attack against the proscription of marijuana as reasonable is to know the compelling reasons for the laws that authorize government police power not about the process, probable cause. The operation of police power and its effects, is the deprivation of liberty, an Article III case and controversy which is standing, requiring strict scrutiny judicial review of those laws.

Constitutional limitation of police power is that the use police power to be reasonable and necessary, to protect the rights of others, public morals, health and safety.

The proscription of marijuana is an unreasonable police regulation of our fundamental rights of liberty, of property and to privacy contravening Amendments IV,V and XIV. Why? Because the private cultivation, use and public sale of Cannabis, marijuana, does not threaten public safety, health or welfare. There is no victim of a crime. There is no substantial threat to the public. 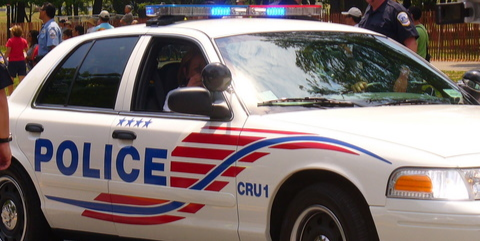 Constitution of the United States

Article I Section 8 paragraph 18: “To make all laws which shall be necessary and proper for carrying into execution the foregoing powers, ….” http://www.senate.gov/civics/constitution_item/constitution.htm

Amendment IV: “The right of the people to be secure in their persons, houses, papers and effects, against unreasonable searches and seizures, shall not be violated,..”

Amendment XIV " nor shall any State deprive any person of life, liberty, or property, without due process of law; "

“The Legislature … shall have full power to make and establish all reasonable laws and regulations.” Me. Const. Art. IV, pt 3, § 1.

‘“The fundamental guaranties of the Constitution cannot be freely submerged if and whenever some ostensible justification is advanced and the police power invoked.” Nebbia v. New York, 291 U.S. 502, 546 (1934). Emphasis added. 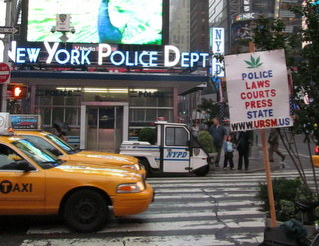 “The police power of a state … is subordinate to constitutional limitations. Under it there is no unrestricted authority to accomplish whatever the public may presently desire. It is the governmental power of self-protection and permits reasonable regulation of rights and property in particulars essential to the preservation of the community from injury.” Panhandle Eastern Pipeline Co. v. Highway Comm'n, 294 U.S. 613, 622 (1935).

“The power of the State over the property of the citizen under the constitutional guaranty is well defined .. the State .. may control the use and possession of property, so far as may be necessary for the protection of the rights of others. The doctrine that each one must so use his own as not to injure his neighbor-sic utere tuo ut alienum non laedas-is the rule by which every member or society must possess and enjoy his property; and all legislation essential to secure this common and equal enjoyment is a legitimate exercise of State authority.” Munn v. Illinois, 94 U.S. 13, 145 (1876). 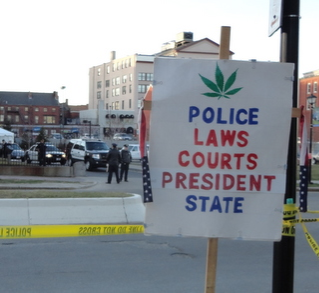 Legal system lies about the facts and the law.

Criminal laws are a political question is a lie

IGNORANCE OF THE LAW IS NO EXCUSE

Being arrested is seizure of person, deprivation of liberty, Seizing marijuana is deprivation of property. A search warrant is an invasion of privacy. Liberty, property and privacy are fundamental rights.

We live in a police state when NORML, ACLU and even Amnesty International are afraid to defend individual civil liberties, basic human rights from unreasonable government intrusion by challenging the constitutionality, the reasonableness, of US Congress criminalizing  marijuana laws in a court of law.

I have filed courts documents and respoces showing lawyers and judges of the judiciary have failed to defend my individual rights, to liberty, to property, and to privacy secured by the Fourth, Fifth and Fourteenth Amendments from unreasonable police power in a court of law. The marijuana laws use of police power has never been determined to be reasonable or unreasonable, justified with facts supporting a compelling government interest. The Maine Suprme Judicial Court courts have declared possession of marijuana does not implicate any a fundamental right. Judicial eview is rational basis. The use of police power has a political basis.

“The Congress [of the United States] makes the following findings: (1) Individuals enjoy a fundamental right to own and enjoy property which is enshrined in the United States Constitution.” Cuban Liberty and Democratic Solidarty (LIBERTAD) Act of 1996,Title 22 U.S.C.-6081.

[A]nd wherever an individual may harbor a reasonable "expectation of privacy…he is entitled to be free from unreasonable governmental intrusion. Terry v. Ohio, 392 U.S. 1, 9 (1968)

State “police power which trenches upon the constitutionally protected freedom even though enacted pursuant to a valid state interest, bears a heavy burden of justification … and will be upheld only if it is necessary, and not merely rationallyrelated, to the accomplishment of a permissible state policy.” McLaughlin v. Florida, 379 U.S. 184, 196; 85 S.Ct. 283, 290

The fundamental purpose of a police state is the deprivation of constitutional rights to liberty, property and privacy without due process of law. Due proces of law requires the laws that deprive rights be justified by a compelling state interest to show the laws are reasonable and necessary to protect public safety.

A government's repression of rights has range of degrees. A police state occurs when a law depriving rights is for political reasons and not protecting public safety. Persons of a police state have fear to express their opinions and believe if they do they are subject to police investigation by informants or by the under cover cops or being fired from their jobs.

Police are enforcing laws that have nothing to do with protecting public safety. Law enforcement officials are violating their oath to uphold the Constitution by enforcing unreasonable laws.

We Live in a Police State:

1.When we have to go to the polls to protect our fundamental rights to privacy, to liberty and to property from police power.

2. When the lawyers and judges refuse to defend these fundamental rights. When police arbitrarily enforce the marijuana laws.

3. When the police can not tell you why marijuana is illegal.

4. When the use of police power is not protecting public safety, the rights of others.

5. When the courts deny the enforcement of the marijuana deprive persons their fundamental rights to liberty, to property and to privacy.

7. When the courts declared the use of police power is rational and the marijuana laws do not have to be justified.

8. When the courts declared the use of police power for political reasons is constitutional.