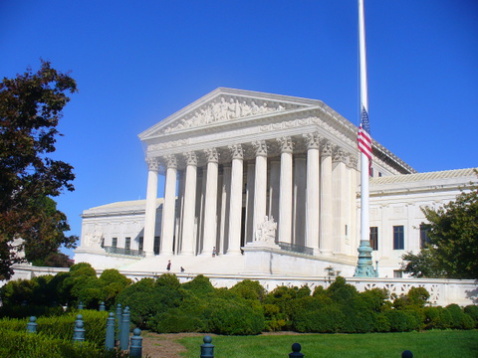 Life in prison is seizure of person and deprivation of liberty for non violent crimes and these lawyers are saying criminal laws are not an Article III case and controversy but a legislative policy issue. This shows the type of legal minds in our constitutional laws courts.

To be free from physical restraint is called liberty. Liberty is a constitutional right. Deprivation of liberty by the government is an article III case & controversy requiring strict scrutiny judicial review. What is the compelling reasons for criminal laws? Lawyers saving face.

The operation and effect of criminal laws is the seizure of person and deprivation of liberty.

Why are marijuana laws not an Article III case and controversy?

Deprivation of rights under the color of law.

Article III of the Constitution of the United States

Section 1. The judicial power of the United States, shall be vested in one Supreme Court, and in such inferior courts as the Congress may from time to time ordain and establish. The judges, both of the supreme and inferior courts, shall hold their offices during good behaviour, and shall, at stated times, receive for their services, a compensation, which shall not be diminished during their continuance in office.

In all Cases . . .  in which a State shall be Party, the supreme Court shall have original Jurisdiction.

The very foundation of the power of the federal courts to declare Acts of Congress unconstitutional lies in the power and duty of those courts to decide cases and controversies properly before them United States v. Raines, 362 U.S. 17, 20  (1960).

Upon the state courts, equally with the courts of the Union, rests the obligation to guard, enforce, and protect every right granted or secured by the Constitution of the United States, whenever those rights are involved in any suit or proceeding before them, for the judges of the state courts are required to take an oath to support that Constitution. They are bound by it, … as the supreme law of the land. Mr. Justice Harlan in Robb v. Connolly 111 U.S. 624, 637(1884);

[S]tate courts also have the solemn responsibility " to guard, enforce, and protect every right granted or secured by the Constitution of the United States . . .," . "We yet like to believe that wherever the Federal courts sit, human rights under the Federal Constitution are always a proper subject for adjudication, and that we have not the right to decline the exercise of that jurisdiction ….." Zwickler v. Koota,  389 U.S. 241, 248   (1967).

''It is only where rights, ….are being, or about to be, affected prejudicially by the application or enforcement of a statute that its validity may be called in question by a suitor and determined by an exertion of the judicial power. State of Texas v. Interstate Commerce Commission, 258 U.S. 158 162 1922)

The Art. III judicial power exists only to redress or otherwise to protect against injury to the complaining party, even though the court's judgment may benefit others collaterally. Warth v. Seldin, 422 U.S. 490, 499  (1975)

We have no power per se to review and annul acts of Congress on the ground that they are unconstitutional. That question may be considered only when the justification for some direct injury suffered or threatened, presenting a justiciable issue, is made to rest upon such an act.  Commonwealth of Massachusetts v. Mellon 262 U.S. 447, 488, (1923)

"If, therefore, a statute purporting to have been enacted to protect the public health, ……or the public safety, has no real or substantial relation to those objects, or is a palpable invasion of rights secured by the fundamental law, it is the duty of the courts to so adjudge, and thereby give effect to the constitution." Mugler v. Kansas, (1887)123 U.S. 623, 661